Don't Forget your Lowbie Skills Can Make You Money Too!

Rather later than planned but I thought I'd continue my foray into low level craft items that sell well. I covered low level Leatherworking & some low level Alchemy items in 2 previous posts but I don't have quite so many items on any of the other proffs, so this post is a bit of a round up!

The biggest low level money maker profession is probably Inscription - I have this on my AH Alt & now she's up to skill 150, she's doing ok thanks :) I'll do a proper update on her later this week. Gathering herbs while you level or putting them on your snatch list is a great way of keeping costs down - it's a fairly labour intensive prof in general with the milling, crafting inks then making the glyphs but it is worthwhile if you do your homework.

I won't go into great detail on glyphs - too many to cover & much better posts re glyphs already out there on the net. But, what do you do with all your 'rare' inks? Make Decks of cards of course! Obviously at low levels, this won't be the big ticket items like Darkmoon Card of Destruction but the lowbie ones like Mysterious Tarot at skill 85 (which gives the Rogues Deck) or Strange Tarot at skill 125 (which gives the Swords Deck).

Both of these can be used to increase your reputation with the Darkmoon Faire but that is another post! Needless to say, these 2 decks still sell fairly well so if you have excess Hunter's Ink & Dawnstar Ink, this may be an option. If you end up with odd cards, check the AH - I often find the individual cards for as little as 3g each. Rogues Deck usually sells for 50g & up whilst the Swords Deck sells for 80g & up. There are two other decks at slightly higher levels so keep your eyes open for those too. 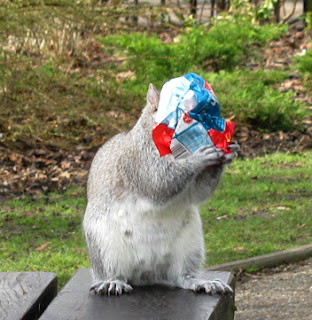 Next profession is Engineering - now my alt is still only low in this so the only item she crafts on a regular basis is the Mechanical Squirrel Box at skill level 75. I'm selling these at 25g each at the moment & creeping the price up a little each time I post. I occasionally have competition from levellers but no-one else seems to be bothering. Very basic mats of copper, malachite & linen so most of that 25g is profit :)
I'm currently levelling Blacksmithing on a level 50 alt so I'll go have a look, see what she's got to craft & I'm going to power level Tailoring on another level 50 alt in the next week or so. I'll take notes & get back to you for low level items to craft for profit on those professions soon.
Posted by Unknown at 20:33