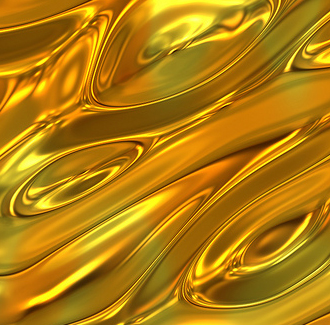 The topic for Day 6 of my 20 Days of Gold Making is "Which market has made you the most gold over the years?". This would appear to be a fairly easy question to answer but if you haven't managed to track the sales data, you just have to go with your gut reaction.

For me, I have 2 markets that did superbly well for me during Cataclysm, glyphs & gems. Unfortunately, my PC hiccupped & I lost all my sales data so I've never been able to see which of the two markets was actually the best one.

I didn't really start gold making until just before Cataclysm arrived in December 2010 & by January 2011, I had added Jewelcrafting to my maxed professions list & also added Trade Skill Master to my addon list. Both these actions boosted my gold making in a big way - suddenly listing 100's of glyphs was easy & crafting only the most profitable ones using TSM to tell me which they were, also increased my profits.

The gem market was a new one for me but the Elementium/Obsidium Shuffle was in full swing & the vendor price of the common gems was un-nerfed at that point so I went into full scale gem production, transmuting to higher quality gems whenever possible & selling stacks of common gems for the daily jewelcrafting quests. Even after the vendor price was nerfed, I still made good money by making jewelry to disenchant & then either selling the enchanting materials or making enchant scrolls.

At the height of my glyphing/shuffling period, I was easily pulling 7-12k out of the mailbox each day, just from gems & glyphs. If I had to guess at a split between the two, I'd say 55/45% between glyphs & gems but that is really just a gut instinct.

Now in Mists of Pandaria, neither market is doing much at all. Glyph sales have dropped in quantity & prices have fallen dramatically too. Gems seem to be hit & miss as well although I am selling a few here & there. At the moment, I'm still too busy doing dailies, leveling, dungeons & scenarios to really get into a proper gold making routine but part of my lack of enthusiasm for getting the gold machine rolling again is the sheer lack of sales on anything I have tried so far! Maybe I'm not seeing results because I'm not paying close attention but it all seems very hit & miss right now.

Hopefully things will change as everything settles down but with the new patches coming out so fast, the markets are in an almost constant state of flux - a good market one day will bottom out the next day & be back again next week! Don't get me wrong, I am not moaning about the good old days of easy gold! The truth is, there is so much gold to be made from dailies, questing & of course the new Tiller farms that I'm not feeling the urge to dominate markets any more. I'm enjoying the challenge of making gold in this mobile market but until I get all my girls maxed, gold is definitely taking more of a back seat. I still can't resist the Auction House though so leveling is taking longer than planned!