If I Knew Then What I Know Now! 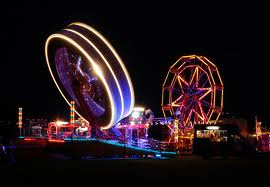 So Cold has been nagging me to start writing again, along with Jim & Gimp and a few others so what better way to kick off than with an entry for this months Carnival? If you've not come across this before, Cold posts a topic & lots of different people do posts & send him the links for one big article link post each month - Colds Gold Factory Carnival has all the details & previous months topics.


Using your knowledge that you have gained from auction house experience: If you were starting over as a gold maker, what is one thing you would do differently than the first time, and why?

When I first started making gold, I had zero knowledge & multiple alts with random professions. I didn't even know there were gold blogs or even that Wowhead existed! My main/1st alt was a human paladin with skinning & leatherworking - yes I know - don't ask! My 2nd alt was a rogue with alchemy/herbing. Most of my other alts from that time didn't survive the periodic culls as I wanted to try different classes/races etc but didn't want to leave the server.

My rogue is still my alchemist/herber although I rarely farm these days. My paladin dropped skinning for mining then re-levelled skinning & most recently took up Engineering (again, don't ask!). My priest has Enchanting/Tailoring, my warrior has Mining/Blacksmithing at last, my hunter has Alchemy/Tailoring & my DK has Jewelcrafting & Inscription. I never picked up professions for gear or stats benefits, I just took the next one I didn't have already!

So what would I do differently - get my professions organised I guess. I didn't pick up JC until January after Cataclysm hit & along with Inscription, it has accounted for most of my income. Having said that, if I had taken up JC earlier, I'm not sure I would have had the cash to buy all the 100's of stacks of ore that I buy now to feed demand but then again, those were different times.

So using all the resources available to choose each profession for maximum benefit for each class & the ones that make most cash, I would have started Inscription & herbing on my 1st alt as getting all the daily research done for glyphs takes the longest. On my second alt, I'd have gone for mining & JC and levelled it as I quested. My 3rd alt would have been my herber/alchemist & my 4th would have been enchanting/tailoring to benefit from all the cloth my earlier alts had picked up & to disenchant the resulting tailored items to level my enchanting.

So what about skinning, blacksmithing, leatherworking & engineering? I'm a confirmed altoholic so yes, I'd pick these up too on the next few alts coming through but I've never studied the markets for weapons & armour or gadgets so to me, they are not so profitable yet. Skinning is always a good one to have whilst levelling though so I'd give that & leatherworking priority over blacksmithing & engineering.
Posted by Nev at 00:09 3 comments: