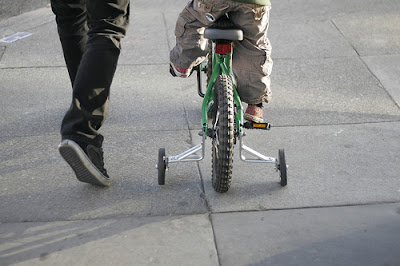 Today we have a post from Robert H, a reader who emailed me some feedback & a question. We got chatting and this was one of his replies. I thought he made some very good points so I asked if I could publish it here. I hope you enjoy reading a different perspective on gold making and one that I really should try to remember myself when I'm writing!

Many gold makers focus on a massive stock of mats, max level gear or enchants, and "big ticket" items like mounts or transmogs. I'm no where near that level and don't have the time or resources to be a competitive gold maker. What I prefer to do is get the most out of the AH while leveling my toons. Perhaps my experiences can help others do the same.

I began with a few basic assumptions. I needed an engineer for the new 5.4 changes, so chose that and mining as professions. I also decided that I would level at a leisurely pace, somewhere between "speed leveling" and going for Loremaster. I would level mining and engineering in one shot, i.e., as soon as I reached 350 and level 50 I would make all the items to reach the next limit right away (or visit DMF when in town). This motivated me to gather mats while questing. I play on a medium population server with an average economy, so my cash goal was between 2,000-5,000 gold per week.

With these guidelines in mind, I built up a steady supply of ores by making one or two extra trips around key zones while questing, not to mention earn XP and get occasional mob drops. I always had my DMF Adventurer's Journal in dungeons (almost no one carries those any more, so I had nearly a 100% greed success rate on those).

The results were great. While questing in Vanilla zones, I was able to earn about 1,500g a week just from ores, especially gold, iron, and occasionally tin. Truesilver was hit-or-miss. I used the daily price feature on the Undermine Journal to determine if ore or bars sold best and smelted accordingly (that also helped level my mining skill).

Green drops sold modestly well, but only those with great stats or good for twinking. Cloth was variable. Outlands ores were very successful, as Fel Iron and Adamantite always sold for 100-150g per stack. Two laps a day around Zangarmarsh really paid off. DMF items from dungeons did well at ~250g apiece, and I averaged 3-5 sales a week.
At higher levels the results were even better. In less than an hour I sold 2 stacks of obsidium bars and 4 stacks of cobalt ore and pocketed 1200g.

Not bad at all. In a little under 3 weeks I had accrued 19,000 gold from the AH after starting at level 1, well above my expectations.

Your mileage may vary, especially if your server economy is vital or moribund. If you're new to gold making this might be a good way to learn the ropes with relatively low risk. Skills like knowing what to look for, when to post, how to undercut, and when to just vendor stuff that doesn't sell will get you ready for prime time.

I usually write about what I'm doing or planning in game but of course, it's been a long while since I was semi-broke & very inexperienced. Much of what Robert says is what I did to get started, long before I considered myself a gold maker.

As a gold making blogger, I tend to focus on specific things or tips you can do to make gold. Robert's story is a more general 'lifestyle' way of making gold than my current gametime so I'd be really interested to hear your early days stories too so feel free to drop me an email or maybe leave a comment below.

Check out some of my Squidoo lenses!
Horde Gift Guide | Alliance Gift Guide