Enchanting - Sources of Cheaper Materials For 5.4 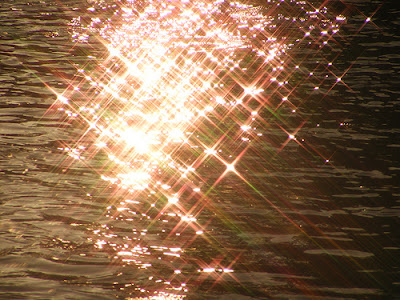 With the upcoming changes to Enchanting in Patch 5.4, I thought I'd have another look at how I work with this profession & how I could source my enchanting materials as cheaply as possible. I've always just dabbled in the scroll market with the sole exception of the Enchant Weapon - Agility enchant for heirloom weapons. That enchant made me 1000's of gold over the last few years and at one point, I had upped the price to 1200g. It's one of the markets I let go when I took a mini break & I haven't got back into it since.

Until recently, I've just been buying my Spirit Dust off the Auction House when it fell to 2g-ish but in the last few weeks, it's been consistently at 4-5g all the time & the scrolls just aren't selling at high enough prices or volumes to justify that raw material price. At 2g a piece, it was reasonable to convert the Dusts up to Mysterious Essences too but not now.

So I needed an alternative source of cheap Spirit Dust & Mysterious Essences other than the Auction House. I looked at just buying cheap Green armor pieces off the Auction House but usually the prices are just above the level that I need to make cheap dusts so although I still check regularly, I don't get many bargains that way.

Back in November 2012, when Mists was still quite fresh, I did a series of posts with small, simple spreadsheets in them - including a 'Converting Enchanting Materials' one. The link for the conversion spreadsheet is still active & is a very quick & easy way to see at a glance whether converting up or down is worthwhile. Please feel free to download it if you want to - just please don't edit the online version!

Now that things have settled down in game & prices are more stable, I'm finding that Windwool Cloth is almost always around the 20g a stack mark - that means my Tailor can craft the current PvP Bracers using 4 bolts of Windwool Cloth (ie 1 stack) and then disenchant the bracers to give me an Ethereal Shard - I say 1 but often it is 2 Shards with the Guild perk, Bountiful Bags. That means that I can get my Ethereal Shards for 20g or less (depending on procs) which is usually 10g or more cheaper than the Auction House.

Using my handy dandy little spreadsheet, I can easily see that at that price, if I convert the Shards down to Dusts, I'll get a minimum of 9 Dusts for that 20g - not quite 2g a piece but still much better than the current 4-5g on my Auction House! The only problem with that method though is that Mysterious Essences are so expensive! If I break down a Shard to an Essence, do I really want to break expensive Essences down to Dusts! Or even worse, at 20g a Shard, when converted up to a Sha Crystal which then only costs 100g & they sell for around 300g most of the time!

I get around this conundrum by making & disenchanting lots of Bracers! By diversifying across the raw materials market & the scrolls market, I make sure I'm selling at a profit, no matter what is actually selling. Lately though, again in preparation for Patch 5.4, I'm storing up my Essences - I'll either make a killing on the scrolls or own the market for Essences - or at least, that's the plan!

And finally a really neat tip from one of my readers - Philip H. emailed me a couple of weeks ago to ask a question and gave me a little of his game story too. He mentioned something in his email that I had never even thought of so I asked & he gave me permission to let you know about it. I may be slow & you are all doing this but it does require a special set of circumstances so I have a feeling there's not many using this tip!

Basically Philip had leveled his main and been raiding, LFR'ing & doing a lot of max level stuff. He'd also vendored all of the useless soulbound Epic items that he couldn't use. At a later date, he decided to make this character his Enchanter and once he had leveled it to max, he used the Blizzard item restoration service to get back all those Epics he had vendored previously! Say hello to lots of free Sha Crystals!

You can get back upto 50 items at a time but can only use the service once a month but it's still a great idea. Obviously, it only works if you've vendored or deleted useless Epics before you learnt Enchanting but it's worth bearing in mind if you're considering changing professions on your main.

Have I missed some other way to get cheap enchanting mats? I'd love to hear your comments.