Feeding the Raiders in 5.4? 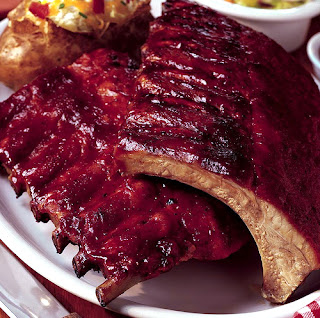 Back in March 2013, I wrote about my learning experience of the Ironpaw Tokens market & specifically the 300+ stat buff foods. I really enjoyed working out the complexities & little corners of that market but having taken a bit of a break from dedicated gold making., I lost my grip on the market. Recently I've been looking at it again but there's been a big slow down in 300+ buff food sales and prices have fallen to about 10g each. That's a big difference from the 70g I was getting for the Black Pepper Ribs & Shrimp and the 50-65g for the other types!

So you may be wondering why I'm writing about it again now? Good question! It actually occurred to me to have another peek at it whilst looking at a different market - enchants. With patch 5.4 looming ever closer & the introduction not only of Virtual Realms but also Flex Raiding, will we see a leap in demand for buff food? The usual summer slowdown is in full swing in Europe and has only just started in the UK. Our school vacations start & finish later than my American friends so things aren't likely to pick up much before early September here.

If patch 5.4 does bring in this new type of raiding, I'd hazard a guess that we will see a jump in the number of raids happening and a jump in the corresponding markets. I have high hopes for the buff food market and have been buying up some of the very cheapest auctions. Why spend Ironpaw Tokens to make my own when I can buy the foods for less than 10g each? I'm not going crazy though - I really don't want to be saddled with stacks of buff foods I'm unlikely to use myself if they don't sell!

Let's do the maths though - if I buy at 10g and end up selling at 50g, that's 40g profit per food or 800g per stack! You won't need to move many stacks to make a really healthy chunk of change, that's for sure! Even if I only sell for 20g each, that's still 200g profit per stack - nice!

This is where a bit of lateral thinking comes into your gold making too - if buff foods jump then what about the other raid-related markets like flasks, gems, enchants & other item enhancements? I'm not usually big into analysing patch notes & forecasting type posts but this time, even I can see the possibilities although there are some changes coming to enchants & enhancements which might mess things up a bit. I'm still trying to work out what those changes will do, so watch for another post on that soon!


Image © Rob-Rob2001 under Creative Commons licence
Posted by Unknown at 17:55