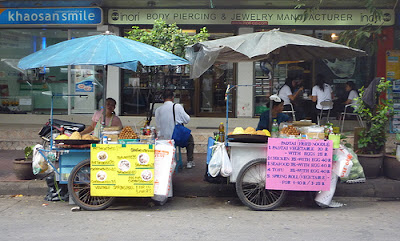 A little while ago, I wrote a post about Feeding The Raiders in patch 5.4 but immediately received comments on the post & on Twitter that I'd missed the new Cooking recipes being added in patch 5.4! I meant to do an update post almost straight away but it got lost in the torrent of ideas that hit me at that time so I'm only just now getting around to it.

There's good and bad news about these new recipes - the good news is that they should be cheaper to produce than the existing +300 buff foods like Black Pepper Ribs & Shrimp for example but you're going to have to farm for some of the ingredients regularly because they have a limited life span of 2 hours! You're also going to have to kill rare mobs in Vale of Eternal Blossom for the other ingredients although those will probably turn up on the Auction House at some silly high price.


The Aged Mogu'shan Cheese, Aged Balsamic Vinegar & Ancient Pandaren Spices are the items that drop from the rares in Vale of Eternal Blossom. With all the new activity there, you could see a lot of these hit the Auction House but I'd take a guess that they will be quite expensive initially. The Fresh ingredients may look familiar - most, if not all of them were quest items from the Golden Lotus dailies so Blizzard are recycling their in-game use! The Fresh ones are the items with a 2 hour life span so if you do decide to farm them, don't hang around too long!

These are a bit more complicated & expensive to make and the details on the patch notes aren't very clear yet. Hopefully someone reading may have tried them on the PTR & will leave a comment below! (pretty please?)

You get the recipe for the various Noodle Carts from 3 different quest chains, one chain for each level of buff (250, 275 or 300) and it appears that it's the 25 food version that is the reward. I haven't found a source for the 10 food version yet though. There's conflicting data as to which of the 6 versions are tied to the 3 quest chains - on Wowhead, (thanks to @Sivation for the heads up here!) it appears the 10 food version is the one tied to the quests whereas  in their write up of the new cooking recipes, they have linked the 25 food versions to the quests!

Anyway, whichever is tied to the quests, the materials required to make the supplies for the carts are the same - 5 x each 250+/+275/+300 buff foods for the 10 food version & 10 x each of the same foods for the 25 food versions. Once you have your Noodle Cart, you will be able to set it out in the same way as you set out feasts & players can purchase their Noodles from you. It isn't totally clear yet whether you get the cash or whether, like Jeeves, the gold goes to the game. One comment I read says it goes directly to the game so I can't see any major benefits to spend the time & effort to make one of these carts!

Having said that though, it would work for a raid team to all chip in supplies to make one of these carts but as an individual, I won't be bothering with them unless details change my mind for me!

So what effect will this have on current cooking supplies & buff food markets? I'm really not sure to be honest - we may see a bump in demand for the materials for the current buff foods as people make them to then make their Noodle Carts so meat, fish & vegetables could be good sellers but there's also been a slow down on my server of sales of the existing 300+ buff foods so the prices have dropped to below 10 gold each. I've been picking those up at 3-5gold and have a few stacks of each type ready just in case but I haven't invested deeply in this market.

As for the Aged ingredients which drop from Rares in the Vale, I'm not clear on how much of this new patch is going to take place there so I can't advise correctly but if there is a lot of questing there then the sheer number of players doing the new content will almost guarantee a market for the Aged ingredients. Whether you go and farm Rares yourself to sell the ingredients or to make the new individual buff foods will be up to you but I'm pretty sure I won't be going there any time soon! I'm too far behind on gear & stuff to really join in with current content, I really must try to catch up soon! I will be keeping an eye on the market though - if it looks promising, I may have to actually play my Paladin a bit!