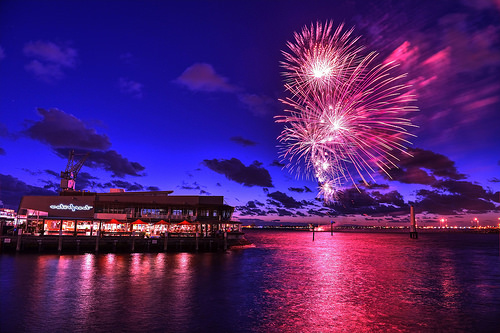 This week, we have a tale of millions from Lindrayn on Twisting Nether-US server. I have to apologise here now, I missed this email a few weeks ago so it's a bit late being published! I'm so sorry, Lindrayn.

What is your milestone amount?
My first million

When did you start?
I started getting serious on a whim during Firelands in July 2011. I had heard about the “obsidium shuffle” on making gold and I had a max level Jewelcrafter, a max level Enchanter and a max level Alchemist so I thought “why not?” I bought my first load of ore for 30g a stack and I probably bought 50 stacks. After processing it and cutting gems I doubled my investment by the next day. It all went downhill from there.

First tips & tricks?
For me, its frequent undercutting. Be bold about it. If the market dips too low, don’t be afraid to be aggressive and buy someone out and reset the market. The gem market has been ruthless at times on my server. Also, the phone app is a must. It allows me to check auctions every hour or two while I’m out and about.

When did you start a banker alt?
I don’t really have one. I moved my main toon, Edrisa, to Proudmoore late last summer and this toon was originally intended as a bank alt. As you can see I’ve made it a full fledged alt that I raid on too.

Best market over the years?
Jewelcrafting by far. I would say 80% of my wealth has come from gems.

Favorite niche market?
I dabble in inscription. I picked it up at the beginning of MoP just for the 476 caster staff. I make a fairly decent amount of gold off shoulder enchants and occasionally dabble in glyphs. I just don’t have the patience to do it full time.

Do you farm materials?
Never. Early on I had some supply problems with herbs to transmute gems, but near the end of my first year I got rid of all my gathering professions. I buy 100% of my materials from the AH or private farmers.

How much playtime devoted to gold making?
I devote probably an hour a day to managing my auctions. 2-3 times a week I spend a couple hours processing ore to make gems, rings, and enchants. When patches first drops its not unusual for me to spend twice that managing things.

Flipping
I make a moderate amount of gold flipping transmog gear, mounts, and pets. Recently I’ve found its profitable to buy cheap pets on Proudmoore and sell then for 2-3 times as much on Twisting Nether.

Reward yourself for reaching goal?
Therein lies my weak point! I tend to spend WAY too much gold on things I want. When MoP launched, I think I spent nearly 200k gold just buying myself gear off the BMAH and from players.

I’ve bought many mounts for 70-90k off the BMAH and I can’t resist buying mini-pets. I would likely already have my new goal of 2 million gold if I would stop spending it on big ticket items. But hey, what good is the gold if you can’t get what you want!

What's your new goal, if any?
With me moving my druid to Proudmoore, my new goal is to cap on both servers. When I transferred my druid, I had just over 1 million gold. I transferred 920k to Proudmoore and that left me a nest egg of 100k on Twisting Nether to bounce back from.

Since August, I have turned that 100k back in to 350k. I have lost gold on Proudmoore but I’ve also bought easily 150k in gear over there to raid with. I’m sitting at 870k there. So right now I’m sitting at just over 1.2 million and I am shooting to make it 2 million by the launch of the next expansion.


A perfect example of one of my newbie tips - a copper saved is a copper earned! If you want to build your gold stash more quickly, then you have to stop buying yourself luxuries! I'm a fine one talking though - I hit my million as Lindrayn was getting started and I still haven't hit my 2nd Million! I do have a fine collection of mounts and pets though so I don't care!