What's been Selling This Week 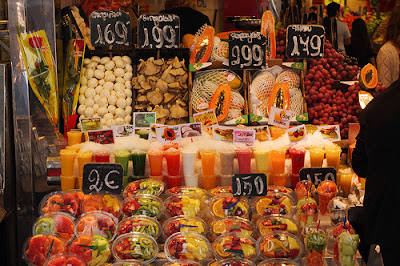 It's been a while since I did a 'What's Been Selling' post but honestly, I haven't had much to show you as I've been slacking off! However, I'm starting to ramp up my game time again now so hopefully, my sales should improve too & might be worth showing!

This post is a little different as I'm now making gold on 2 servers, the 2nd server has twice the size Alliance population than my own but I have only a bank alt there. I wouldn't be lying if I said I'm finding it a little tough - I haven't flipped seriously in a long time and I'm not finding many good deals in my usual go-to places.

The story behind this little alt is that I joined a Gold Speed Run about 18 months ago & she's been sitting here with cash in her bags ever since! I've recently got into pet battles & as I mentioned in my Making Gold With Pet Battles post, @Socowow gave me the hint to look at multiple servers to find cheap pets. I came to this server, knowing I had some cash here & immediately spent a big chunk of it on pets for my main! But there are so many cheap pets here that I decided to stay & try to fund my new pet buying habit via flipping!

You can see from the screenshot below that I haven't managed to find much stuff to flip - the pristine hides were left over from the Gold Run but are still selling quite nicely. I'm going to have to check out that market back on my main server I think - do the costing & see if it's worth a dabble! 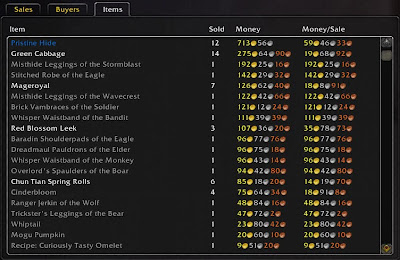 I fell back to the cooking materials as a source of items to flip - I can often find a few extra cheap meat & vegetables to sell for higher prices but we are talking small profits so I quickly got fed up with that! Herbs has always been a good traditional market for flipping too - players pick up a few herbs at random when leveling & if they don't have a use for them, they often just throw them on the Auction House for silly low prices. But again, I found slim pickings there too!

Next up, I went looking for the 80-84 green armor items - the Mists of Pandaria items that Cataclysm level alts can use - it makes questing so much easier when you're overpowered! I did manage to find a few bargains - all the green armor shown above were bought for 50 gold or less & flipped for 100 gold or more, depending on the market. But as I expected, there are already several gold makers playing in those markets so I'm only getting a little sniff of profit when they aren't looking!

My main server is a much different story of course! There I have access to all my maxed professions and a whole heap more gold to invest but it's a much smaller population (about 22,000 I think) and although I know these markets better, my customer base is much smaller & I do have competition here too.

My main market here is still the crafted PvP gear from Tailoring & Leatherworking - I managed to pick up so much cheap Exotic Leather at the start of the patch 5.2, that I am still working my way through it! By only using the daily cooldown to make the Magnificent Hide, my cost is only 30 gold per Hide but that would leave me short on Hides so I've been using the non-cooldown way too - at 75 gold per Hide that way, my costs are still way, way below the sale prices I've been making so it's happy dance all the way to the bank on those! 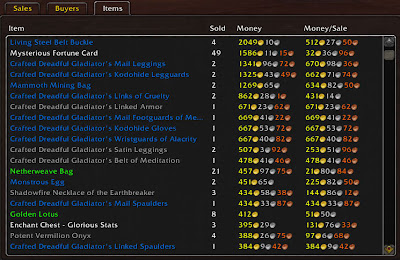 I also picked up a whole heap of Windwool Cloth at less than 20 gold a stack and I still find quite a lot for 30 gold a stack now so again, most of the tailoring items are costing me only 30 - 45 gold to craft and although their prices are nowhere near as high as the leather/Mail items, it's still a great profit.

You can see by the screenshot above that good old Living Steel Belt Buckles & Netherweave Bags are still selling but sales on those have slowed right down - this screenshot is particularly bad as I didn't even log in for 3 days during the period it covers!

I still have a stock of Mammoth Mining Bags from earlier in the year. I was quietly raising the prices when along came another seller & dropped them back down to under 200 gold. That was around the time I started losing interest so I just left her to it! Now though, there is a new player in that market who has jumped straight to high prices - I like this competitor! He has his bags up at 800 gold or more so once again, I'm just dropping a few in here & there.

I picked up a whole heap of cheap Ghost Iron Ore recently and am still working my way through it - mainly on my Miner, smelting it to bars for my 2 Alchemists to transmute to Living Steel. I'm not making any more Living Steel Belt Buckles though - I'm saving my Living Steel for the Sky Golem Mount in patch 5.4 & keeping my fingers crossed that Blizzard let it go live this time! I am sending some of the Ore to my jewelcrafter though - she's really been under-utilized this expansion so I'm trying to catch up with my gem cut daily cooldowns.

Overall, for a really lazy week in gold making effort, I'm ok with my numbers - I definitely need to get a grip on the Enchanting & Gem markets though - I know for sure I'm missing large chunks of market coverage by not paying attention there & I really need to level an Engineer! I'm debating whether to level my abandoned Warlock Engineer or to drop Tailoring on my 2nd alt & change her to my Engineer. Can I face leveling through the low levels of Engineering again? I don't know yet - watch this space!


image © ny156uk under Creative Commons licence
Posted by Nev at 16:30