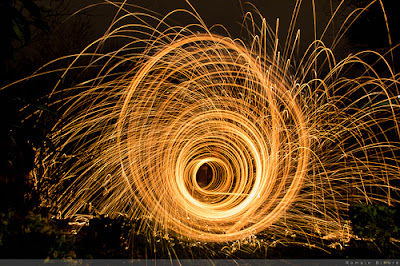 Today we have an interesting story from across the pond by Oretrader. A big 3 million Milestone, he's aiming higher and I'm pretty sure he'll make it too!

What is your milestone amount?
My former milestone amount was 1 million. When it was reached (at the end of Cataclysm) it was a large weight off my shoulders. I figured that as long as I played WoW, I would never be wanting something. I had enough gold for endless raiding repairs, and enough to buy some fun things also. Then MoP was released... and with it the Black Market AH (the largest gold sink ever installed in WoW). After spending in excess of ~350k there, I went back to the AH.

What got you started making gold and when?
During Cataclysm, I leveled a toon strictly by mining. As a result I had 'Bountiful Bags' of Ore, which I quickly sold on the Auction House. People messaged me saying that they would buy all of my ore, and as much as I could farm. This had me puzzled, so I quickly went to Google to discover what these people knew that I did not.

To my amazement there was something called the Elementium Shuffle, I already had all of the professions in place, so off I went! When starting I farmed a lot of the ore, so I figured 100% profit right? WRONG! So much time was invested that after reaching 100k, I could easily just buy all the ore, make a killing and spending so much less time online. Win-Win.

Which markets have you concentrated on, if any?
As mentioned I started in the Shuffle (Common Gems -> Jewlrey -> DE -> Enchants, and Sell cut rare gems) but quickly diversified into twink gear, transmog, high level blues, glyphs, tailoring, and blacksmithing. My biggest time investment and focus today is transmog gear, the profit margins are sick and the work is minimal, with little competition on my server.

Biggest successes or biggest failures:
Biggest success was starting an Alliance toon with 3k gold, and after roughly 45 days having 250k in liquid gold, and ~1 Million in active auctions, including a TCG mount and a Formula: Enchant Shield - Lesser Parry, both of which have standing offers, if I wished to sell them at a smaller gain.

Biggest failure was getting sucked into the BMAH. Shortly after being introduced, I purchased 2 rare mounts, including Ashes for way more gold that I should have. I rarely ride it (not my favorite mount), and not like it is faster than the most basic drake.

Advice for new goldmakers:
You do not get rich by spending your gold foolishly. I may spend a lot of gold, however I know what I can make with my investment. Just because you have 10k in sales daily doesn't mean that after 30 days you will have 300k in your bank. You have to spend gold to make gold. So spend it smart.

Shout outs for any blogs, podcasts or streams that helped you along the way
TUJ, The Consortium Forums.

What's your new goal, if any?
My new goal is 10 million gold Horde side, and with the introduction of connected realms, a lot of gold will be out there for my greedy goblin pockets. As I write this I currently have 3 million liquid gold across 1 server, 250k of which is on Alliance, 2.75m Horde.

Do you keep the same banker alt?
Yes oh yes. Some people like switching up bankers, I am under the idea that it is not beneficial to do so. Your competition knows who you are, even if you change alts ever week, the first time that you post, the quantity that you are posting, or even what time of the day you are undercutting at, people know who you are. Some argue that people will stop buying your stuff if they see you running the AH, I do not believe this.

My experience is that people know I buy and sell everything at all times. Every time I log in, I receive messages asking if I would like to buy stuff, or if I have certain items for sale. As long as you do not tarnish your image, being known as a buyer and seller can work in your advantage.

I hope reading my journey can help you with yours.


Big congratulations Oretrader - 3 million is no mean feat and 10 million target should keep you busy for a while yet!

I think the Shuffle was responsible for a fair few millionaires during Cataclysm, I know that I made extensive use of it alongside my glyph business and both were probably responsible for 90% of my first Million. I haven't been as proactive during Mists so I'm still poodling along on my way to my second Million but I did blow a load of gold on TCG mounts too.

So far though, I have avoided the BMAH - well, maybe avoided is the wrong word - I just keep forgetting about it and when I do remember, I make sure to only take a poor alt there!