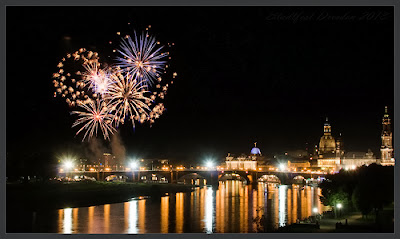 Yup, it's Saturday again and you know what that means by now - a new milestone interview and time to celebrate with Bonesai of Ghostlands-EU, a pet addict who became a gold addict to pay for them all!

If you'd like to submit your own gold making Milestone Interview, instructions & more details are on my Milestone Interviews page. Any milestone is suitable - whether it be 100k or 10 million, we want to hear about YOUR story. Don't be shy! You've seen what others are sending in over the last couple of months so come on - tell us how you've been doing it! Don't make me persuade you too! lol

I hit the big reset button at the start of October and hit 100k in available gold just over 25 days later. That's on top of spending 120k on battle pets and some gear on the AH. I've been averaging 9.5k a day since the start of the month.

I got bitten by the pet bug - way before Mists of Pandaria and Pet Battles. I'd completed my Azure Whelpling grind, and was working on grinds for all world drop pets and noticed they were on the AH at prices I could never imagine affording. I'd been making Netherweave Bags, 50 a day, and making a massive 2.5-3k a month and was happy - but I needed to step it up. So I paid for a gold guide, which while not the miracle cure it promised (and I never thought it would be) got me using the right add-ons (but not TSM that was tooo hard then), and thinking in the right way and it did get me set up for success.

Which markets have you concentrated on, if any?

Jewel Crafting at the end of Cataclysm was massive for me. I'd gone from 3k a month to 3k a day in about six weeks. Then Mists came out and JC died on my server (medium population). I read up, studied the changes and moved into Inscription - shoulder enchants and Darkmoon Cards - cause everyone said glyphs made no money.

Biggest success was finally learning TSM. I'd started reading Jim's, Stone's and Phat's web sites and things got clearer. I spent an afternoon just working out TSM and decided to try glyph making. So I made sure I did every research cooldown every day, bought the books that teach glyphs from the AH and farmed my own too. As my list of craftable glyphs grew, so did my profit. 120k a month, 150k a month.

I got back into JC, using TSM for the first time, and though not as good as in Cataclysm, I turned a profit. Then patch 5.4 hit. I thought I was ready. I'd seen JC picking up through 5.3 and started to stockpile ore. I had a full Guild bank tab. In a weekend it was gone. I peaked at 240k in a month and I hit the big 1 million.

Along the way I'd bought a pet from the AH every time I was over 100k profit in a month - sometimes 2,3 4 - more. It slowed me down, but I knew 1million was possible and I really wanted the pets too.

Any advice for new goldmakers?

Mine was pets which grew into the need to get gold capped too. Then came the realisation that I could afford to get the TCG pets with in-game gold - the pet battle system of MoP made buying these easy but to get them all, even on a high population server where they were plentiful, would take more than 1 million.

The night I moved moved my bank alt to another server and spent over 900,000gold on the AH in five minutes was an adrenalin rush I never thought a game could give me. I was shaking. Partly because I'd done it and got all the TCG pets - most in one night (I'd got some as I closed in on 1 million from own server), but also from spending all that gold so fast after taking over a year to make it all!

Tips to get started?

Read - copy what other people have written on their blogs, but make sure you spend time understanding what their technique does & how it works. Then you are learning, you can adapt it to your own server and situation, spot when a market is collapsing and adapt it to markets of your own.

Shout outs for any blogs, podcasts or streams that helped you along the way?

Colds site was the first blog I found, then Jim's then Phat's. I was late to the party, so it was the old material of Cold and Jim I used - Phat was more current at the time and I was following his site as I made my last 500k in three months. Now I read nearly every site as they work as a community, sharing opinions and reflections on each others ideas and it helps to stimulate my own gold making creativity.

To get back to 1 million as fast as I can. I got some materials to keep me going, put everything I had left into a Guild Bank (not more than 30k) and started at zero on 1 October. My first goal of hitting 100k again has been reached - and in reality that was over 220k, as I've found I'm not a hoarder of gold anymore and if I want some gear from the AH then I can just buy it!

Thank you so much for sending in your story, Bonesai & congratulations again on not only reaching your 1 million but spending it so fast too!. It's fascinating to me to read how everyone does things so differently & I think my readers will identify strongly with your pet battle addiction! I remember spending 500k in about 2 minutes a while ago & yeah, that really is a buzz!

Image © AR under Creative Commons licence
Posted by Unknown at 16:00