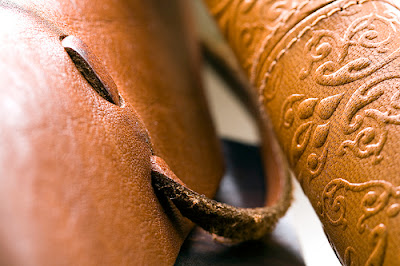 Patch 5.4 finally arrived this week and as planned, I took all my crafting alts out to do some random killing in Pandaria to get the relevant new recipes (Hardened Magnificent Hide, Celestial Cloth, Balanced Trillium Ingot & Jard's Peculiar Energy Source) before taking my main over to the new Timeless Isle. Having been at work on Patch Day, I didn't get to the Isle until about 9pm and to say it was crazy busy would probably be the biggest understatement of the year! I didn't know that many people were still playing!

I probably made the best decision to do my craft/AH stuff before heading to the Isle though! There were only 4 Crafted Malevolent PvP items on the AH until I got there! My Paladin was only just about geared for the very first level of LFR so the mobs on the Isle are pretty hard work for her! With so many other players there though, I was pretty much able to just run around & pick up the treasure chests which yielded about 6 new pieces of item level 496 Epic armor items as well as shedloads of Timeless Coins, the new currency.

The following day I had booked as holiday - I expected to be busy playing all the new stuff in WoW but I have to be honest, I'm not really getting it! It's pretty hard work on a rubbish Paladin so I guess I need to take my even worse geared but seemingly unkillable DK over to do the questing type stuff! I did play for a few hours on Thursday but again, mainly running around picking up chests and skinning!

Oh my! The best thing about the Isle for me is the skinning! It is heaven to land on the beach & just see turtle carcasses stretching to the horizon! Skinning them also gives a few Timeless Coins each so although I won't be getting my 50,000 coin trinket anytime soon, I am picking up bagloads of free Exotic Leather! The other side effect of this is that there is loads of cheap Exotic Leather on the Auction House. I've been buying it up whenever I see it at 40g a stack or less.

Now apart from the fact that I need 2 x Magnificent Hides for 2 Leatherworkers each day for the Hardened Magnificent Hide cooldown (for the next 45+ days!), I've also been watching the Magnificent Hide market for a while & it rarely if ever, drops below 150g per Hide. I'm thinking that if I can control the availability of cheap Exotic Leather, I can probably control the price of Magnificent Hides too. If I have too many, I can just sell them at 150g or more & make an easy 50g profit each!

I'll be doing my usual What's Been Selling post on Monday but I will say now that the gold hasn't been flowing anywhere near as fast as I had hoped. It is flowing though so I'll tell you more about that next time. How has the new stuff affected your goldmaking? Too busy playing or are you raking it in at the Auction House?