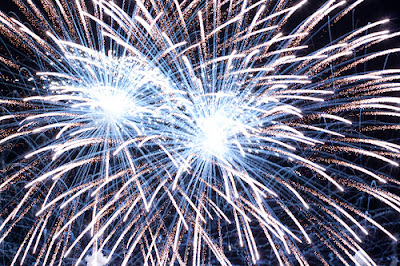 This week, we have a short but sweet story of success from  Sjögren of Windrunner server. She's fast approaching her gold cap and has been busy driving friends crazy with goldmaking! She also said she feels a bit dorky sending in an interview but that's what this idea is for! Send me your stories so we can all enjoy them & know that there are others out there just as dorky as we are!

I didn't start playing around with the auction house or even seriously considering making gold until a couple of months before the release of 5.4. Originally, back in Cataclysm, my husband had a few characters on my account with which he made a small fortune through various professions. Unfortunately, he no longer plays, although I still have his characters to use. Back then I was more into gearing up fresh 90's and found no joy in sitting in town trying to figure out how to make gold, and, with a comparison to real life, I was living "check by check" with the meagre gold I could scrape up from daily activities.

Eventually I became extremely tired of being broke, especially when I saw a cool new pet or something, so I went with my husband's methods of goldmaking and earned a couple hundred thousand in a few months' time - nothing serious. I stopped making gold a few weeks pre-5.4 so I once again was broke, which made me all the more determined once the patch came. With the surge of activity from new content, I earned approximately 650,000+ in 23 days after starting from a measly 5k.

Which markets have you concentrated on, if any?

I've mostly concentrated on the gem market, although in the past couple of weeks I've began expanding into everything I can get my grubby paws on. Our economy is slowly dying, so a girl has to adapt and expand, sooner than later.

My biggest success with goldmaking was definitely everything I do concerning gems. Although I do profit off other items/professions, the large bulk of my gold comes from gems and I'm sure this will be the case for the foreseeable future. My failures usually come from when I don't take the time to check the math with my auctions... there have been times I've lost money selling something.

Find the market that works for you, based on what you find enjoyable (I can't farm, I just can't, so I spend money on buying raw mats). Don't be discouraged if it seems like you aren't making much. Take some risks but don't go crazy - you never know, it may pay off big time in the end.

Shout outs for any blogs, podcasts, or streams that helped you along the way?

Nope! Truthfully I've never used a gold-making guide. But... could I give a shout out to my husband? He got me started after all... :)

Hitting gold-cap of course! I promised friends (and enemies), both of which have come with complaints about how many times they've been undercut, I would calm down once I got my dream mount - a Swift Spectral Tiger.

Wow! All I can say is well done Eden! I don't think I've ever made that much gold so quickly even at the height of my gold making efforts. My server is almost dead in many respects too but the AH keeps plodding on! I'm really looking forward to Connected Realms in the hope of them revitalising Auction Houses everywhere!