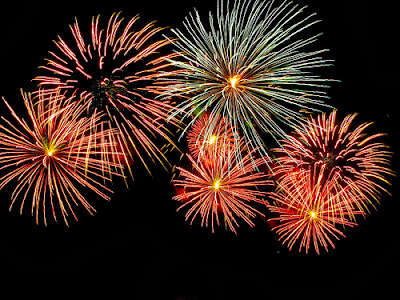 It's that time of week again - time to celebrate with another successful gold maker far across the seas this time - Eevaine of the Dreadmaul-Oceanic server. Eevaine mentions making gold makers cringe & I have to admit, cringe I did! I just cannot imagine doing that! (You'll have to read on to find out what! :P)

I've had quite a few more submissions in now so this crazy idea of mine seems like it will run a while longer yet and if I get too many in, I'll probably post more than 1 a week. It just doesn't seem fair to make you all wait weeks to see your interview published!

Hello,
I am an average progression raider and average gold-maker. My game time is split between raiding, farming, and gold-making. I'd like to take this opportunity to share a quick story that I imagine will make a lot of gold-makers cringe:

I made it my goal to make one million gold without any auctioning addons.

Just so you can fully appreciate the pain of this, when Blizzard introduced transmog to the game at the end of Cata I was all over it. I was on Wowhead looking up where items dropped from and then I was out farming them for hours and days. Naturally I picked up duplicates, items I'd personally never mog, and other valuables. 150+ auctions of transmog items listed by hand. And I had a competitor. So that was 100+ auctions cancelled and reposted by hand.

I sold all of the popular gem cuts two at a time with three big comepetitors and other dabblers. I recut them as soon as they sold. When I ran out, I went out to Tol Barad and did mining circuits whether my faction owned it or not.

I sold flasks and Fortune Cookies often faster than I could ever hope to replenish them. And I sold fish.

About six months later I hit my goal. I celebrated by downloading TSM and promptly setting it up SO THAT I WOULD NEVER HAVE TO LIST HUNDREDS OF TRANSMOG ITEMS BY HAND AGAIN.

I began gold-making simply because I became frustrated one day that I only ever seemed to have a stagnant 30k. MoP wasn't far around the corner. When it came out, I wanted to be able to afford anything I wanted that came up on BMAH. And I have accomplished just that. I have bought a Plagued Proto (330k), an Onyxian Drake (380k), a Blue proto (50k), a Dragon Kite (100k), and various heroic pieces for myself and friends (~900k). Other hefty purchases include MoP trinkets at the start of the expansion (3 at 100k each) and a lovely Ghastly Charger for 400k.

Currently, I make 10-20k a day, have a gold total of 1.6 million, and have spent... quite a lot. I work mainly with the raiders' market - selling gems, enchants, shoulder enchants, leg enchants, scopes, flasks, pots, belt buckles. Occasionally I sell bags and battle pets. And I am of course still selling transmog items.

If I can make gold, surely anyone can. I just needed to understand a couple things first: don't undercut by a lot (1c is all that's necessary) and if it isn't selling it's most likely not because the price is too high, it is because you are undercut.

My two current goals are to own a Corrupted Hippogryph (never any on my server's AH) and to goldcap Invincible on BMAH for my husband the day it comes up.

Thanks to Shiftwarloc, who was my first goldmaking friend (I'm sorry for trolling you with the "I farm my own goods so I have no crafting cost lololol"), and Nev for having a friendly writing voice and creating this opportunity for those of us who don't have blogs.

Update
I am happy to report that while a Corrupted Hippogryph still hasn't been on my AH in ages, someone popped up in trade yesterday selling one. Usually they're level ones from a website selling for real monies, but a quick shift-click showed me this seller was level 90. I immediately offered him 200k for it and am now the happy owner of a Corrupted Hippo. Just Invincible left now.

******************
Eevaine - thank you so much for your submission & you're right! It will make goldmakers everywhere cringe but it's also great to hear that it is possible to make a Million without using any addons! I got Auctioneer very early on in my WoW days purely because the standard AH interface was horrible. I still posted by hand though - it didn't have the auto-post function that TSM has.

I'm so pleased you finally got your Corrupted Hippogryph too - let us know when you get Invincible ok?

It's scary to think just how much gold-making has changed in the last 3 years, you young padawans just don't know how good you have it now! I'm just joking though - learning something new is always difficult, no matter how much us old-timers tell you it's easier these days. Should I add "get off my lawn" here?? lol