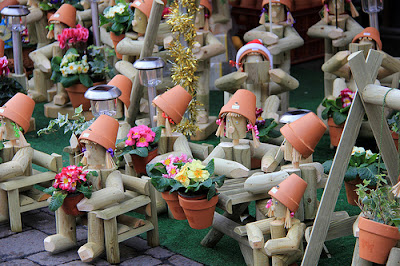 I've heard some people refer to this type of post as fluff or filler content & yes, to a certain extent, it is an easy-ish post to write. However, when I look at my blog stats, these posts always have some of the highest page views so I have to go by the numbers & assume that you, my readers, enjoy them or at least, are nosy enough to want to see what I sell!

Sadly I've had another distracted week & have really only been relisting what's in my bags & guild bank. I always start the week with full intent to get back into game & do some proper gold making & crafting but it rarely turns out that way, especially now I have my iPad to distract me too! It is saving me a fortune on my electricity bill though so it's not all bad!

Okay, so enough blathering from me - what has been selling? Well, the crafted PvP items are still selling nicely - mainly the leather & mail items for the best prices but as Windwool Cloth was & and is still so cheap, the cloth PvP items are selling too, just don't show up on the screenie because the prices are lower.

The Living Steel Belt Buckles are the last of my stock as I'm now saving up my Living Steel for when patch 5.4 goes live. I think it's safe for me to say that the general consensus is that Living Steel & Trillium Bars are likely to be in very high demand for Engineers to make their new awesome mount - the Sky Golem!


I'm also saving up my Magnificent Hides as my Leatherworker will be busy learning & crafting the new version of the PvP pieces - the first few days of the patch will be crucial as the discovery based system of learning new patterns will make for very little competition at the start. I intend to make a killing on those & my Tailor too!

You can see from the screenie that Netherweave Bags & Mammoth Mining Bags are still going strong - I snatched up a whole heap of Netherweave Cloth for about 3g a stack so I can just follow the market price there - they rarely drop below 15g so it's all profit for me!

I wouldn't normally sell Golden Lotus just on their own but I snagged about 10 stacks for 20g per herb & I haven't been transmuting gems or making many flasks so I thought I'd get rid of a few for some easy profit. Then I logged my Jewelcrafter & saw just how many gems she had for transmuting & kicked myself! Another wake up call for me - I really must pay attention!

And lastly, you'll see a few glyphs in that screenie - I am STILL trying to clear out the last of my stocks so seeing those sales come in is great - especially at those prices but I am definitely not tempted to make any more glyphs - I don't care how good the prices are, they have taken months to sell!

On my other blog, She Rides Dragons,  I often write about my to-do list for the coming week as it motivates me to actually get some stuff done! I may not do all of it but I do at least get some bits started or even finished occasionally! So I thought I'd do the same here - let's see if I actually get anything done this week, shall we?


I think that will be enough to get me started, don't you?  Hopefully the next sales report post will have more than just PvP gear & random stuff in it too. Have a great gold making week everybody!