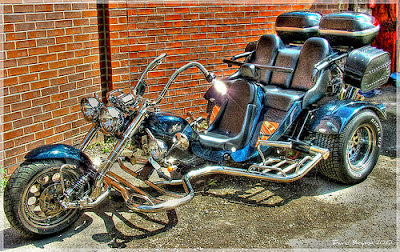 Quite a while ago now, Marcus Ty mentioned on Twitter that he was making a nice profit selling Titansteel Bars on his server. It's definitely a niche market & I would say it's really only used by Engineers to make the mechano-hog/mekgineers chopper these days as most of the other uses for Titansteel were epic armor items that have been superceded now.

I have some very fond memories of my guildies scrabbling around, talking in code almost on skype as they tried to pull together enough cooldowns to make me & my husband our first pieces of Wrath epic gear. I learnt the code very quickly after that as I had an Alchemist & a Miner and I became part of the welcome wagon for brand new level 80's in our guild. We only did it for new players reaching 80 for the first time - after that, they had to pay the materials cost at least otherwise we'd all have been broke!

So I decided to have a little dabble in this market on my server and as I often do, I put together a small spreadsheet to clarify the numbers for myself. Below is a screenshot but I have put the spreadsheet on Google Docs and made it public so you can go get a copy for yourself if you'd like. Please, please don't edit the online version though, save your own copy to play with :)

I've also included the possibility to use Frozen Orbs in exchange for the Eternals - there's a gnome on a flying carpet just outside the Engineering Auction House in Dalaran who will exchange the Orbs for you. I found that Frozen Orb prices bounced around quite a bit so watch the market for a few days before you buy - what you think is a low price may not be!

Don't forget as well that Eternals can be created using 10 Crystallized of the same type (crystallized fires for eternal fire etc) so check those prices out too - again I found that using Crystallized Earth to make Eternal Earth was a cheaper option but 10 Crystallized Fires were always more expensive than a single Eternal Fire! I haven't included the Crystallized items in my spreadsheet - it was already getting more complicated than I wanted and I actually do that math in my head when I'm in the Auction House anyway.

You can see at a glance that any of the ways to make Titansteel are profitable on my server - on this particular day! The raw materials prices I used were actual prices at the time, not averages or recent sales data from The Undermine Journal. Some of the routes to Titansteel are much more profitable than others - I'd guess that buying Titanium Bar to smelt is always going to be the most expensive way as other miners are adding in their own profit margins when they list smelted Bars on the Auction House.

But don't stop there - it may be that there isn't much demand for Titansteel Bars on your server so have a look at the demand for Titanium Bars - there's still profit there.

I hope this simple spreadsheet helps - after a while, you will know your numbers & probably won't need to use it but it's always nice to see the math worked out when you first enter a new market.


Image © Bonio under Creative Commons licence
Posted by Unknown at 16:30