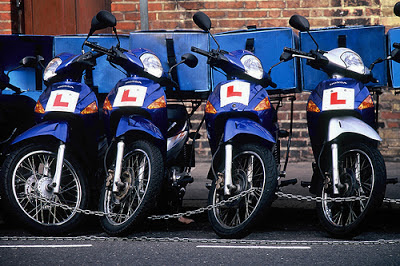 Today is Day 3 of my 20 Days of Gold Making & the question is  "What were the first techniques/tips/tricks you used when starting out?"

This sounded like such a good question when I made the list but now that I sit down & try to write about it, it's kinda tough! It was a fair while ago now after all.

I think I was selling everything almost from the very start of my WoW time - grey stuff to vendors & everything else to the Auction House. I was lucky that I had a friend or two already playing for a few months so they had told me about the Auction House. I didn't have any Auction House addons to start with though - every green piece of gear I picked up, I would manually look to see what range of prices equivalent items were selling for & price my item in the same range. I don't remember how successful this was but I did it for a fair while so it can't have been too bad.

I have no idea how profitable this would be these days but my first character had skinning & leatherworking. I used to craft stuff to get skill points but instead of disenchanting it as so many do these days, I put all my crafted stuff on the AH. Yes, even those level 10-15 basic green items. I used to have a notebook with my calculations in & I remember pushing the prices up by 10-20 silver each time I had to replenish my crafted stock!

I found this guy in Stormwind during the Pilgrims Bounty holiday within the first few months of starting to play. I left my rogue in Stormwind specifically to buy the recipes & put them on the Auction House. Up until Mists of Pandaria arrived, I would still periodically buy a bunch & sell them easily for 20g or more each. I haven't tried in Mists as you can now level cooking in Halfhill so easily. It was also a great way to boost cash on a new server too.

Read, Listen, Talk to Other Goldmakers

This was the big one for me - finding gold blogs like Cold's Gold Factory & JMTC really opened my eyes to the wider WoW world. I had no idea there were so many blogs out there about WoW, let alone specific gold making ones. Needless to say, I read everything - I even went back right to the beginning of both CGF & JMTC and read all their old posts too.

I found Twitter & started following a few well known people & from there I found out about these things called podcasts. JMTC had it's Friday night chat thing, Auction House Junkies was just starting around that time, as was Power Word: Gold & these days there's Eviscerated Gaming Podcast too.

Now I'm one of those gold makers & people talk to me via Twitter, comments here & emails - I love it although looking back, I never thought it would turn out like this!

Image © Zoonabar under Creative Commons licence
Posted by Nev at 17:08

Email ThisBlogThis!Share to TwitterShare to FacebookShare to Pinterest
Labels: 20 Days of gold making, basics, getting started, starting up