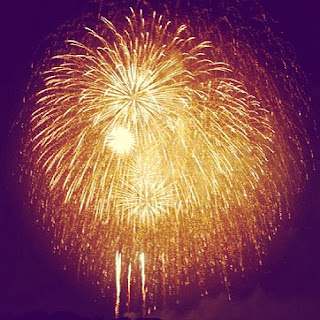 This week we have a slightly different format interview with  Vorkenlys, A friend & follower of mine from Twitter. After a random conversation, I persuaded her to submit her story so here it is!

If you'd like to submit your own gold making Milestone Interview, instructions & more details are on my Milestone Interviews page. Any milestone is suitable - whether it be 100k or 10 million, we want to hear about YOUR story. Don't be shy! You've seen what others are sending in over the last 9 weeks so come on - tell us how you've been doing it! Don't make me persuade you too! lol

Recently, I reached two hundred thousand gold. For me, this was a significant milestone as before I never had more than five or ten thousand at a time. Then I hear of WowProfitz! He had recently achieved his goal of reaching a million and when I read his blog , the whole process seemed pretty straightforward and very possible. No camping the Auction House for hours a day, nothing very complicated at all in fact. And so I wondered, could I do it?

The easiest place to get started seemed to be flipping greens. My timing was excellent as he had just posted his Lighthouse Project and walked someone through the process of starting up with very little capital, using Tradeskill Master. Now, TSM is one of the hardest World of Warcraft add-ons to learn. It's been worth it but until I encountered Profitz, I'd failed at it. His step-by-step process, while admittedly pedantic, was perfect for me. And so the green flipping began.

At that point, I started doing research - blogs, videos, podcasts. I'd try something new every time but most of the time, I dropped the attempt after a few days as I came to realize, I want to make a million gold - I don't want to spend all my gaming time doing it. Flipping MoP greens and transmog gear can easily take me an hour or more a day all by themselves as 1400 auctions or more do not repost by themselves.

And that's the best advice I can give newcomers to the idea of being rich in World of Warcraft - don't let making gold suck out the enjoyment from the rest of the game. In addition to having over two hundred thousand right now, I run dungeons with guildmates, help people level, fish for raid food, gather herbs for flasks and am an assistant officer (we call the rank "Mentor") in my guild on the subject of roleplaying.

I belong to an awesome group on Earthen Ring called the Tamarack Order and since ER is an RP server, that activity actually chews up a considerable amount of time each week. I'm the dwarven Captain Vorkenlys Seacrafter, in charge of the Theramore Sailing Ship Sunspring, an ocean-going cargo ship - which is perfect for my lust for gold! I cannot stress often enough - if gold-making feels like a job, you are doing it wrong and don't let anyone tell you differently.

I'm fairly casual bout it, I only average about five to seven thousand gold a day but compared to the average player, that's a huge bank balance injection each day! It's slow but very steady and since I set this goal in June of 2013, I've progressed every day. I estimate I'll finally arrive in Spring of 2014 which won't be the fastest millionaire run but unlike most people I play the game with, it will still be a million in my greedy little dwarf hands!

Other than WowProfitz, three of the best people I've learned from on this journey are our host, Nev and the creator of the best Tradeskill Master 2 tutorials out there, Phat Lewt. The last is Evline's forums. While Elvine herself seems to have moved on to Final Fantasy Online, the posters on the forums are an amazing resource for ideas.


A great big Gratz to Vorkenlys for reaching her 200k Milestone although I expect it's nearer 300k by now! I'm always really happy to hear that my random writings here have helped someone achieve their own measure of success and Phat & Profitz are both great gold makers I am proud to call friends.

You are 100% correct when you say that goldmaking shouldn't feel like a job, Vorkenlys - I think that's a trap I've fallen into a bit along with isolating myself in game but I actually enjoy my job so it's not as bad as it sounds! Thank you again for submitting your story - keep us updated with how it goes won't you?