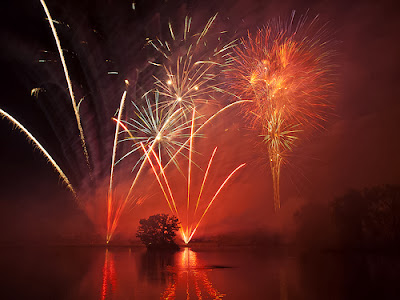 This week we have a wonderful tale of goldmaking from Exalios. He didn't say which server he plays but he's from The Netherlands which is just a couple of hours across the sea from me. His story strikes fear in to me - the thought of re-starting everything makes my skin crawl but I'll let him tell you the story!

If you'd like to submit your own gold making Milestone Interview, instructions & more details are on my Milestone Interviews page. Any milestone is suitable - whether it be 100k or 10 million, we want to hear about YOUR story. Don't be shy! You've seen what others are sending in over the last 8 weeks so come on - tell us how you've been doing it!

When did you start?
Since WotLK I always enjoyed farming and back then I said to some of my best mates in game that I would become a WoW millionaire. That unfortunately did not happen back then. I stopped playing and restarted in Cataclysm - I deleted the characters I had from Wrath, just wanted to start over again and again started farming, but that didn't go well either.

I stopped playing again because I had to do an internship in America (I'm from the Netherlands). When I came back this year (2013), I deleted all my characters again except my main, which I transferred to a new server, since my old server was deserted and all my old guildies/friends were gone. But this time I was dedicated. I leveled the professions I thought would make the most gold - jewelcrafting & mining. So I started with about +20k on March 26 2013.

Did you set a goal?
My goal was to reach a million gold and buy myself the Swift Spectral Tiger!

First tips & tricks?
A mate of mine was always very good at flipping items at the Auction House, when he told stories about it, I always thought that's way to much work, learning what is valuable and what is not. So I was just farming alot at first. But then he mentioned Jim Younkin, he said; he might seem a bit crazy but he knows what he is doing. So I started checking some things out about him. And he thought like me so much, just like the other great gold makers like Goblinraset, Erogroth, Phat Lewts or you Nev!

When did you start a banker alt?
Had one since I started, but I only used him to store some items that would not sell or anything. So I never had like a bank alt that did all my selling/buying or anything.

Do you keep the same banker alt?
Nope deleted, I now just used multiple characters to sell different things. Just to keep track of what is making profit and what is not.

Best market over the years?
Well it has not been a year yet, but my best market was definitely jewelcrafting hands down!

Starting over - how?
Hmmm dont know if I understand this right. But if you mean if I would start over, how would I go about this. Luckily for me I already did this three times! :P But no, if I would have to start over again, then I would first make a druid herbalist/miner. Then another character with Alchemy and Jewelcrafting. So first make some gold with farming and then farm mats to level my professions and use the gold to invest.

Did you reach your goal? Set a new one
Well my goal was to reach a million gold and then buy a Swift Spectral Tiger. So it took me about 5-6 months and there I was one million gold richer! And not that much later some guy was selling a Spectral Tiger so I bought that, and then I saw an X-51 Nether Rocket Extreme for 130k so bought that too and lastly a Corrupted Hippogryph for 120k.

Also I leveled some other characters to level 90 and thought what the heck, I'll just buy all my gear... So was left with about 300k, and that was like a week ago. But I didn't have the Swift Spectral Tiger yet, and so started with farming some gold again, slowly (very slow because a LOT of people are selling gems now all of the sudden so most prices are below mat price now >.<) but steadily.

For over a year, our server had not seen a Swift Spectral Tiger, so I thought I probably have some time to get to gold cap again, and BAM! there it was... 780k buy out... and I did not have it. So I start freaking out because that is the mount I wanted, the Spectral Tiger is cool but the Swift has always seem cooler to me (very silly to be true, only difference is some extra armor, but it more the rarity of the mount). So I did everything I could to start getting gold, got to 400k in a few days, with selling everything I saved up for a long time.

Classic, BC, WotLK, Cata, MoP materials, everything... even my two recently obtained TCG mounts, the Nether Rocket Extreme and the Corrupted Hippogryph (did get a 30-50k profit on them). And so on 12 October 2013 I found myself with 680k again, and the bid on the mount was 660k with 30 minutes left. Those were some nerve wrecking minutes, because in my head it went like; I'm going to bid, but then someone who wants it is going to bid as well and then I'm screwed. And 30 minutes later.... I was a Swift Spectral Tiger richer! Goal completed!

Now my new goal is; making one million gold again and with it buy every possible TCG mount available (gonna need more than one million, but I'll get there). I'm a mount collector, first of all I want El Pollo Grande!

Favorite niche market?
Well strange enough I was just selling MoP rare gems. When I started I was one of the only gem sellers on my realm. There were a few people randomly putting on gems and some were dedicated like me, for hours we underbid each other with 1 copper. But gems were selling left and right for a minimum of 150g up to 375g each sometimes! And the materials cost me 50g for ghost iron or kyparite and 50g for a golden lotus. So I was making gold like a train. Most gold I made in one day was 124k I believe. Just from selling gems. But those days are gone, don't have a niche market anymore.

Do you farm materials?
I do some mining, not that much. I think for the greater part I just bought all mats I needed.

Lesser known gold making addons
I just use the big addons like TSM, auctioneer and auctionator

Biggest oops!
Was some time ago, I bought a Spectral Porcupette or something. I knew it was a new pet and (relatively) hard to obtain. Bought it for 5k or something, and thought 'oh im gonna flip that and sell it for 22k atleast!' And then I forgot a 0. Sold it for 2.200 gold >.<. So not a very big oops but then I was not that rich yet :P

Biggest yay!
My biggest gold making yay was probably starting in transmog and just being so amazed. Buying a Jade Plate chest for 15g and selling it for 5k the next day. That was just amazing to see.

Funny yay was when I just started making gold and was leveling a hunter and obtained some small eggs - the things that drop from low lvl birds. I remembered that these things were used during a certain festival or something. So I thought I'll just post 3 small eggs for 300g and omg! next day they actually sold. Back then I was poor so 300g was nice to get from that but that was funny too in my opinion.

How much playtime devoted to gold making?
Pretty much all my time at first, just came online and started selling stuff right away until I logged out. Now not so much, maybe 1/3 of my time? So thats like 1/2 to 1 hour a day?

Flipping?
Green Cata, MoP leveling items, almost all transmog BoE gear, recipes and anything I can grab for a low price, even TCG mounts if I can

Vendor pets & pet battles?
No I started this once but did not see a big return of my invested gold so quit this pretty fast

Advice for a new gold maker?
First step, inform yourself, you need to listen to experienced gold makers. Listen podcasts and read blogs etc. After that the next step is usually getting some farming profs like mining and herbalism. Then find out what a good market is and start leveling a profession in that market. But you need to invest in research first of all and determine the time you can spend on gold making. If you have 30min a day or even one hour, a profession like jewelcrafting is not going to make you rich fast.

Reward yourself for reaching goal?
Yeah Swift Spectral Tiger, even though it was crazy expensive. That was what I wanted, would not know what to do with that gold besides that:)

Share the blog love - my 'must read' suggestions?
Love blogs, but I would recommend, Getrichwow, from Erogroth. He has some really nice info on that blog. And this one of course but I'm guessing if people get advice from you their already reading it:)

Well hope this is not to much info! I wish you good luck in your gold hunting quest! And keep up the good work, love the podcast and love the blog:)

Sorry for some bad spelling...

Exalios - I think you're crazy deleting all your alts severals times but a huge Congratulations to you for hitting your million! It always surprises me how varied the road to one million gold is & I'm sure there are many folks out there with equally interesting stories!

I have a couple of the TCG mounts myself but I'm just sitting on my gold - maybe I should let go of the purse strings a little bit & get myself some shiny new mounts too - seems silly not to really!