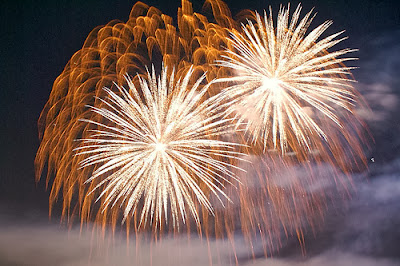 This week we have a lovely interview with Mario from Argentina. He's been playing a long time but is pretty new to serious gold making. Well Done Mario - you'll be at gold cap in no time I reckon :)

If you'd like to submit your own gold making Milestone Interview, instructions & more details are on my Milestone Interviews page. Any milestone is suitable - whether it be 100k or 10 million, we want to hear about YOUR story. Don't be shy! You've seen what others are sending in over the last 6 weeks so come on - tell us how you've been doing it!

My name is Mario, 33, from Argentina. I started playing in April 2005 (wow!, time has gone by) on US Servers, moved to Ragnaros US some time after it went live because most of my friends had a hard time raiding with people from english speaking community, I started playing a resto shaman back in Vanilla (raided Onyxia and Molten Core 40m), and have since then played/maxed and raided every class at some point (unless for a Monk which is sitting there at lvl 5 still)

My array is as follows:
2x Tailor
1x Blacksmith
1x Leatherworker
1x Scribe
2x Alchemist (both transmutation)
2x Engineer (1 of each type)
1x Jewelcrafter
2x Enchanter (no real use here, just silly redundancy, kept up my enchanting on my first character, the shaman (non-90); and made a second one on a lvl 90 alt to get the end game enchants)

My aim was milestone 300k for the first week at launch, and see from there. I figured I could take advantage of the price boom and then just be cool for the rest of this xpac. That way I would have enough to start the next one without having to worry about gold. Made it in a few days! (update: I'm at 550k now) and got the bug =)

I guess aside from raiding there aren't many things that attract me a lot at the moment (PvP, Pet Battles, etc are not my thing) and I had the desire to be “rich” in WoW for a long time but I couldn’t really make it. I had lots and lots of gold in WotLK, but spent all of it playing Cataclysm (I didn’t have a lot of time at that point and keeping up with my characters without generating gold meant bankruptcy for me).

I played MoP only for a few months (the old group disbanded and I decided it was time for a little break and left my 40k as fund for the guild bank which was almost broke at that point). When I got back at the end of 5.2 I said to myself: this time I’m going for the big one. I started reading forums and listening to podcasts and in 5.3, I started stockpiling (buying and crafting like crazy).

Which markets have you concentrated on, if any? Biggest successes or biggest failures?

Managing my stockpile has been both a success and a failure I think. I did cover all the markets and items, but I burned all my stuff on the first month! Demand and profit was just too good to ignore on most markets. Should have gotten a lot more materials and less random stuff. Example: Tried to reset the market on the Warlock green fire books (spent like 25k on that) and it really didn’t work. That 25k would have been worth a lot more in raw mats. Oh well.. “Experience is a cone that life gives you when don’t have any hair left” goes the saying =)

shout outs for any blogs, podcasts or streams that helped you along the way

Yours of course, Marcus Ty, Phat Lewtz among others

One million!. This was really my goal but it seemed kind of far away and unrealistic, so I decided for something more real when I started, hence my 300k initial goal. Now being at 550k and with more knowledge of the market, etc it seems closer to reach =)

Thank you for sending in your story Mario - I wish you good speed towards your goal & I'm pretty sure you're almost there by now!

I see a definite trend towards Jewelcrafting as the most lucrative market in these interviews but I don't think that surprises anyone! Now that we have some news on the next expansion, it will be interesting to see how things develop but I'm still waiting for Connected Realms to have their impact on the Auction House before I worry too much about the new Warlords of Draenor expansion!