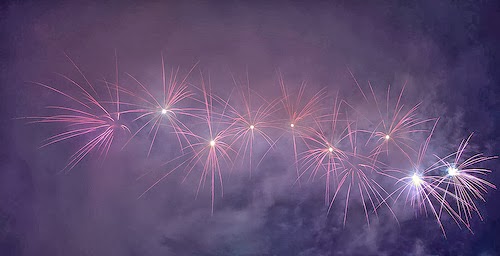 This week's Celebration is from Wareitout on Stormreaver-US - a fellow Wrath baby who picked Skinning & Leatherworking as his first professions - just like I did! Great minds obviously think alike huh?

If you'd like to submit your own gold making Milestone Interview, instructions & more details are on my Milestone Interviews page. Any milestone is suitable - whether it be 100k or 10 million, we want to hear about YOUR story. Don't be shy! You've seen what others are sending in over the last 7 weeks so come on - tell us how you've been doing it!

What got you started making gold and when?When I first started to play WoW, in WoTLK, the only gold I made was what I looted off corpses and got from selling junk to vendors. My friend, who recruited me to the game and was leveling with me, heard me say over Vent that I was selling Wool Cloth to the vendor and told me about how I could make a lot more off it by selling on the Auction House. I posted my cloth up and sure enough it sold rather quickly for much more than the vendor wanted to give me for it.

Selling items on the Auction House pretty rapidly became a necessity as a new player due to the cost of mount, epic mount, flying mount, flying training and so forth. I found myself having to wait for epic flying and began to wonder how I could fully remedy the situation (and any further ones) using the Auction House. It was then that I really started trying to make a surplus of gold.

I had picked up skinning and leatherworking on my first toon and tried to utilize those as well as scanning the Auction House for good deals on items I could resell for a higher price. I tried to get a feel of what was working on my server by observing what was going on in the market and exploit what I could. I eventually had enough gold to be comfortable and was able to afford my now 4 toons necessities. Making gold really captivated me and I just continued on after that. It has become just about as big a part of the game for me as PVE or PVP, and equally as enjoyable.

Biggest successes or biggest failures?The biggest success of gold making, if you are a person who enjoys it, is each and every sale. People get enjoyment out of getting end game gear and watching their dps or healing go up, goldmakers get enjoyment out of watching that number in their bank climb. Whether you crafted an item and sold it, disenchanted for mats, bought and resold, or farmed raw materials and sold them straight up, there is a satisfaction that is associated with everything you do everyday. Although, if I were forced to make a decision on a specific moment I would say watching my gold hit 6 figures for the first time felt more than nice.

My biggest failure as far as gold loss is concerned was hands down the last time I took a break from the game. I've been playing since WoTLK but I've taken a few extended breaks along the way. Last time I took a break I was playing the AH hard. MoP had just been released and I had made 4 bank alts with their own guild tabs and full banks of stuff. I stopped playing pretty suddenly leaving my items that were on AH to expire in the mail, including what I had in transit between characters as well. This included probably around 120k worth of items including a rocket mount from my Engineer.

Advice for new gold makers?Step back and decide what it is that you are wanting to do. Do you want to live comfortably in WoW, not worrying about repair bills, raid meals, flasks, etc? Or do you truly want to become filthy stinking rich? Once you've decided, you can then assess how much time and effort you're going to need to pour into the hustle and bustle of the AH.

Starting from scratch typically is going to get off to a slower start, but don't fret. Stay with it, deal with markets that you are comfortable with and expand as you learn the others. Take some risks on reselling, if you feel compelled, but calculated risks so you don't bust yourself - you're going to get demoralized if you go all in on an item and then can't sell it for a while.

Get some addons as you get more involved, they will make your life SO much easier and more enjoyable (Auctioneer, Auctionator, Tradeskillmaster to name a few). Utilize your professions and, if you have more than one toon, use them all together! Mine some ore, prospect it, craft some gems then make jewelry for your enchanter to disenchant and so on!

But most importantly, HAVE FUN. If you feel like all the time your spending on the AH is a 2nd job, you're doing it wrong :).

Shoutouts for any blogs, podcasts or streams that helped you out along the way:Jim Younkin is a pretty cool guy I've checked out a few times. He's a very successful gold maker that really puts himself out there to help people with the market. I know he has tutorials out on how to run Tradeskillmaster and stuff but I haven't checked it out myself. Tarou WoW guides on youtube. When I first started gold making what little help I sought out was from this guy right here. Undermine Journal - Such a good website for ideas, information, and tools to help you out on your server specifically.

What's your new goal, if any?I've slowed down a bit but I'm back at it now that I've returned to the game about three weeks ago. I churned out 24k in sales today and it felt so good I think I might start putting more time into it. I'm comfortable with the amount that I have but for giggles I am going to make the push for 250k. Although, if I decide to sell the Sky Golem I'm going to be making shortly, I might need to raise the bar to 350k. I thought that I'd be content with the 100k but what can I say except... "Can't stop, addicted to the shin dig" lol

A big 'Thank You' to Wareitout for sending in his Interview - I love reading all the different stories & how people get to their Milestones. As this was submitted about a month ago, I'm sure he's made his Sky Golem by now - let us know if you sold it or decided to keep it Wareitout!

Getting caught by the mailbox autodelete is something I think many goldmakers are familiar with - I did the same last year - stopped playing abruptly & lost a shedload of stuff! Now I'm more careful and only send stuff via my banker - that way, if I don't log an alt for a long while, the mail bounces back to my banker who I log everyday & I see the stuff coming back! When I went off on my travels a few weeks ago, I specifically logged every alt & sent everything back to my banker or took it out of the mail & into the alts bags. It left me with messy bags now but at least I didn't lose anything!