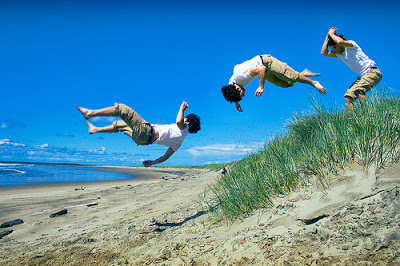 So I'm on the downhill stretch to the end of my 20 Days of Gold Making now and today the question is "Flipping! Do you flip stuff regularly or sometimes? Big ticket items or smaller high volume stuff?". The best bit of this whole 20 Days thing is that not all the participants are gold blogs and from reading a few of their posts, it seems like 'flipping' isn't a word as widely used as I thought it was when I wrote the list of questions so just in case you're not sure what I mean either, here's my personal definition!


"Flipping - when you buy an item off the Auction House,
purely with the intent to sell it again at a higher price"

With that said then yes, I do a fair amount of flipping, especially when I'm starting fresh somewhere or if I start a little competition with a friend. But I'm not very good at taking risks & I'm also not very good with keeping up with gear specs at raid level so I don't touch any high price items like Epic armor or weapons.

I usually look at high volume markets like herbs & ores, (most of the Volatiles were great for a while in Cataclysm) but also cooking materials like vegetables & meats. I actually flip these now rather than do the whole Ironpaw Token Shuffle as I got fed up waiting for my 100 year old soy sauce to sell! It seems the rush to level Cooking is pretty much over so now it's just mats for regular buff food usage.

I did a fairly detailed post about using Auctionator addon to find items to flip - you may know flipping as 'buy low, sell high' but that's a bit of a misnomer to be honest. I prefer 'buy low, sell higher' but it's not as eye catching I guess!

A perfect example of a major market for flipping is the transmog market. Experienced players in the transmog field know exactly which pieces of lower level gear has a transmog value & they snatch them up when the rest of us unknowing levelers list them on the Auction House for just a few gold. I know some transmog goldmakers also farm instances & rares for those special items but the building blocks of the transmog market is based heavily on flipping.

Alongside the transmog gear market is the high level leveling armor. In Cataclysm I did dabble a bit with level 77-80 green armor - some of the armor that dropped off Cataclysm mobs could be used by pre-Cataclysm levelers with stats that were way above anything available in Northrend. That market is still there but is much smaller now obviously, superceded by the level 80-84 green & blue armors from Mists of Pandaria mobs.

I haven't really dived into this one yet - I have managed to sell most of the greens I picked up whilst leveling at quite nice prices (199g - 299g for greens) but I haven't made a concerted effort to search the Auction House for those items to flip.

If you know your Auction House well, you can flip almost anything given the right price at the right time. The trick of course is to catch those bargains. Two tools you can use to help with bargain hunting is The Undermine Journal & Wowuction - both have txt/email message systems where you can be notified when something you are looking for pops up on their scans. The Undermine Journal also has a 'bargains' page which comes in very handy sometimes!