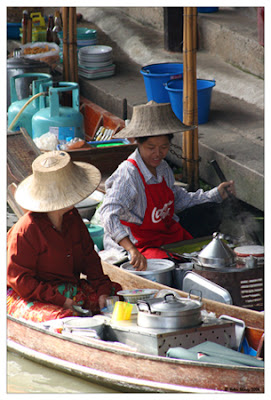 It's been a couple of weeks since I last posted my weekly sales pics and 2 very slow weeks they were too! This new job is really cutting into my energy to actually play the game right now, to the point where I don't even relist my auctions some evenings.  But I made a bit of an effort over the weekend & did a whole bunch of crafting so hopefully this current week will be a bit better.

As you can see, the Black Pepper Ribs & Shrimp continues to sell well even though I've picked up some competition on the other 4 types of +300 buff foods. I've managed to maintain the price at about 80g each & I have 2 or 3 regular customers.

The Mysterious Fortune Cards were an after thought when I was crafting on the weekend - I saw someone barking in trade so I listed a whole bunch quickly & just watched him sell my cards for me! The best thing is, my cards were 15g-ish whereas his were at 12g but he'd listed them only in stacks of 20. I listed mine in singles & 5's and sold out in about 20 minutes!

I've stopped selling my Living Steel this week too - the prices have dropped below what I'm prepared to sell it for but not quite low enough to take a gamble on flipping it. I know the new weapons will be arriving soon but I've never had much luck with that kind of stuff so my risk-averseness (is that even a word? lol) has kicked in. I'm playing it safe with Living Steel Belt Buckles instead although again, the prices have dropped a little bit.

The crafted PvP gear is still selling fairly well & the Leather/Mail stuff is holding its price nicely. The Cloth armour isn't doing so well but as I've stocked up on Windwool Cloth all at less than 30g a stack, it's still making some nice profits.

The previous week (when I completely missed a post!) was perhaps my worst week in 6 months. I let my auctions lapse on the Wednesday evening & didn't log in again until late on Saturday. Add in toothache again this week & I'm not sure next weeks report is going to be much better unless the stuff I crafted over the weekend moves!

In other news, I did get an unexpected invitation one evening last week - Marcus Ty asked me to join him on episode 3 of his podcast, the Journal of Marcus Ty. It was great fun - we chatted for maybe 40 minutes before we even started recording & then another 30 minutes or so afterwards too! If you are new to goldmaking, I definitely recommend having a listen to Marcus - he tends to focus on teaching the basics & explaining stuff that I certainly take for granted. It seems common knowledge isn't actually that common these days!

Also, for those who are interested, the screen shots above come from a simple little addon called MySales which you can find on Curse.com. I know TSM Accounting has something similar but this one is just so neat & simple, it suits a screenshot better I think.