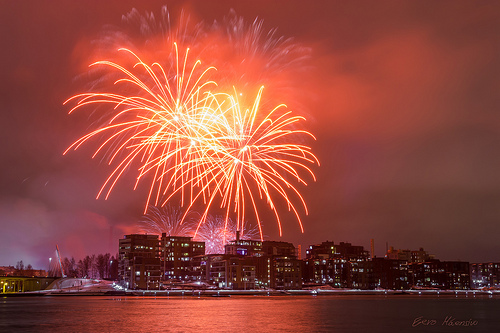 This week we have a tale of multiple millions from Finland. Darkstar isn't your typical gold maker or WoW player by the sounds of his story - but he's still managed to amass quite a fortune.

When did you start?

I started WoW maybe a week after it was released in Finland. I still remember how cool a game it was.. standing against Ragnaros and shooting with a wand! Hahaha! My gold making started late in The Burning Crusade. I started to fund the guild I was in and somehow I found it exciting when all the junk was sold out and we actually had good stuff in the guild bank. After our guild was dismissed due to inactivity, I started to collect some coppers for myself.

Did you set a goal?/what's your new goal, if any?

When I started saving gold, I dreamed of gold cap. Back then I knew no-one who had reached it but I remember checking a video from youtube about this guy looting the mailbox until gold limit. I think at that time I made a decision to do the same thing. It took quite a while to get my first million and when it finally came, I was so happy. It is kinda funny when 100g profit used to be so much, but now it's nothing. While writing this interview, I currently have 3,008,210g on my server. I think my next goals are 4th million and to get rest of the battle pets.

When did you start a banker alt/ Do you keep the same banker alt?

My banker alt is a lvl 35 rogue ( who uses staff :D ). I have two rogues because I also wanted a human female character so this male version was about to be deleted, but I thought I'd use it for a while as a banker. That "while" grew to be years. I practically run everything other than JC/alchemy items through my banker.

Best market over the years?

There is something in alchemy that I like. It was my first ever profession to pick up and has been my favourite ever since. I farmed earlier 100% recipes for it and I transmute gems to cut. Alchemy is also great since you can choose the specialization. I would say I have made 60% of my gold with Alchemy & Jewelcrafting combo.

Do you farm materials?

I used to farm quite a lot of herbs/ores, but nowadays I have no need since I can buy large amounts of stuff to shuffle. On rare occasions I might farm adamantite ore to make mercurial adamantites.

How much playtime devoted to gold making?

WoW has never been my #1 game since I played CoD in high level and now I play BF4 mainly, but when I'm logged in, I either farm pets or fool around with my banker. I try to visit WoW every day of course due to profession cooldowns.

Latest market where I have found myself is flipping Cataclysm and Mists of Pandaria green armour. I buy pretty much everything that is under 60g and put them back for 255g. It's not high volume market in my server, but it gives me good profit. So it is like safe investment.

Advice for a new gold maker?

We live in the world of information and you might be overwhelmed with all the options for gold making. You have no hurry to master all professions. Get maybe a few addons (Postal and Auctioneer) to start with and get two professions which can be used together like Jewelcrafting/Mining. You don't have to sell new materials, because people need older stuff to level their professions. Also set yourself a goal :)

I have been too busy with school this Autumn/Winter so unfortunately I haven't had time to follow much anything related to gold making. I used to watch Jim Younkin's live streams, Tarou's videos and Blogs which were linked to the Undermine Journal. Two best web sites must be theunderminejournal.com and wowuction.com.

So I have to give a BIG GRATZ to Darkstar for reaching 3 million gold - that is quite a pile of gold for someone who doesn't call WoW his main game!

I find it curious how so many people find their favorite profession to be one of the first ones they pick up! I picked up Leatherworking on my first character and she is still a leatherworker and she is still my main alt too. She has almost every recipe/pattern from previous expansions and is working on the current PvP crafted items.

I guess it's the one I know best even though I left it alone for a while during Cataclysm. Is your favorite profession the one that makes you the most gold or the one your first picked up? I'd be interested to know so leave a comment if you feel like.

Image © IcyAero under Creative Commons licence
Posted by Unknown at 00:04