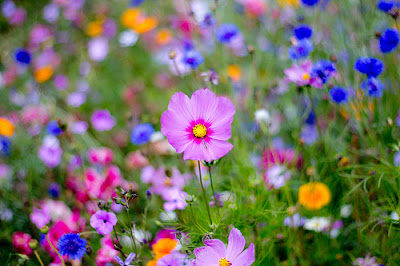 And so we come to the last of the daily updates - I've got one more post after this to summarise the whole project and wrap up some final numbers for you but I won't be boring you with big spreadsheets for a while again now!

Day 25
I picked up almost 200 gold from the mailbox today which wasn't too bad considering I didn't have too much more actually listed on the Auction House! I did a scan and grabbed what bargains I could find quickly. I really am trying to buy a lot more stuff but there just doesn't seem to be that many obvious bargains around at the moment! I scanned the herb market as usual and dipped into the Mists cooking materials too but the deals were few and far between. 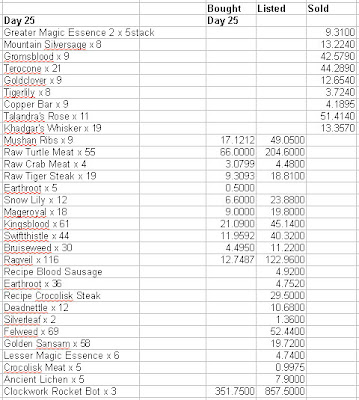 As you can see, I did pick up 3 cheap Clockwork Rocket Bot pets for around 120g each - I'm hoping these will sell quickly but I have my doubts to be honest, I haven't had a huge amount of success with Battle Pets. These may turn out to be better as longer term investments - once the buzz of Winter Veil has died down and these aren't so easily available, they should fetch a very nice price but sadly, that will be too late for this little project.


Day 26
Only 125 gold from the mailbox today but that's partly a timing thing again as I logged in early today and late evening yesterday. At this point, I still have a bunch of auctions still listed from yesterday so they could still sell at some point today.

I grabbed another piece of level 83/84 green armor for just 18 gold. I don't have a grip on this market on this server so I played it a bit safe and relisted it for just 75 gold. On my main server, I'd be relisting at 185 - 199 gold but only because I have that market almost to myself there. 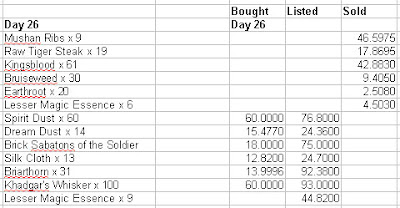 I did pick up a sweet deal on the Briarthorn though - I just hope it sells for that crazy high price! I'm already regretting buying the Khadgar's Whisker for so much - it seemed like a sweet deal given the current prices but when I was filling in my spreadsheet, I realised the whole market was inflated and I think I'm probably going to lose on that one.

It does show the importance of checking trends though - this isn't going to kill my efforts or bankrupt me but if I was investing in a much larger purchase, I'd have been stupid not to check out the market averages on The Undermine Journal at least.


Day 27
So given that I missed 4 days at some point during the month, today is 31st December and it's the last official day of this project. The mailbox gave me about 270 gold and as I suspected yesterday, the Khadgar's Whiskers didn't sell.

As I was listing the remaining stock, I did buy a few bits and pieces, just to raise the bottom price in those markets. Sometimes, it's worth spending a few silvers or gold to clear out the bottom items before you list your own stuff. It's what I've been doing all along of course - buying the very cheapest items and relisting them at a higher price but if you're not used to flipping and you're trying to sell stuff your alts have picked up, it may be a new(ish) idea to you. I relisted everything in my bags and logged off. Tomorrow I'll collect my gold and say a fond farewell to Kalanna, my banker.