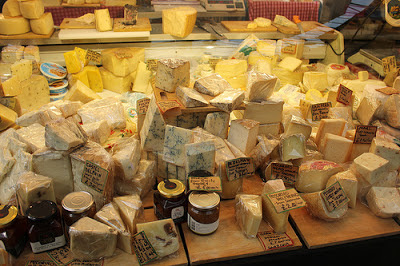 It's been a while since I created my Ironpaw Token spreadsheet & made it available to my readers but I have to admit, I've been slacking! Not only have I not been doing much with the cooking materials, I haven't really been very focused on gold making at all. But a week or two ago, I read Zerohour's post about his approach to Ironpaw Tokens & it struck a chord with me so I thought I'd have a go at something similar on my server.

To do so though, I needed to really understand what his spreadsheet was showing us. I got there eventually - it seems that getting my head around the variables is taking me longer each time I tackle this Ironpaw Token stuff! Must be getting old or something :P

Anyway, I discovered that my server has some nice inexperienced Auctioneers who post the various meats & fish for silly low prices so I initially set my top value per stack at 25 gold. I've since been buying everything  (well, meat & fish) under that price & converting much of it to Ironpaw Tokens via the Bundle of Groceries & Restocking the Refrigerator quest in Halfhill.

I've also been concentrating on the 300+ buff foods (mainly Black Pepper Ribs & Shrimp & the Mogu Fish Stew) as the various Banquets are selling for only 10-20g each on my server. Each of the 300+ buff foods has 4 ingredients - by fixing my Ironpaw Token price at 25g per token, each recipe costs just 100g to cook and as each 'craft' makes 5 items, that's a base cost of 20g per 300+ buff food.

The Black Pepper Ribs & Shrimp I have been listing at 58-65g & they are selling out quickly. The Mogu Fish Stew is slightly lower priced at 35-45g but I'm creeping the price up on those & they are still selling well.

What I'm finding is that the Raw Tiger Meat & the Raw Turtle Meat tend to be the items listed cheaply most often along with Krasarang Paddlefish.  I'm keeping a few stacks of the meats in reserve so that's actually 1 less Ironpaw Token I need to cook the Sea Mist Rice Noodles & the Chun Tian Spring Rolls.

I haven't gone into full 'dominate the market' mode just yet - I'm still testing the markets. I also don't have a huge stock of Ironpaw Tokens but with 2 alts doing the Tillers dailies as well as buying all the cheap stuff, my inventory is bound to increase over the next week or two. I've also increased my 'base' price per stack of meat/fish to 30g as there just wasn't enough supply under that price. It means that each single food has a maximum price of 24g each & with my sell price at 60g-ish, that's still plenty of profit for my liking!


Image © EEPaul under Creative Commons licence
Posted by Unknown at 16:42